“Be ready to experience an adventure of a lifetime as West Cork has something to offer everyone.”

"Be ready to experience an adventure of a lifetime as West Cork has something to offer everyone."

West Cork is often known as ‘a place apart’ and the locals consider themselves not just Cork people but West Cork people. So with this in mind, we are excited to share six of our outdoorsy favourite things to do around our area. Don’t forget to bring your camera to capture these moments.

Rent a kayak or enjoy pedal boating. For the adventurous, why not try your hand at stand up paddle boarding or sit back and take it all in as you enjoy a fresh coffee from their beach hut café. It is surrounded by stunning views and the lagoon itself is only 3 feet deep. 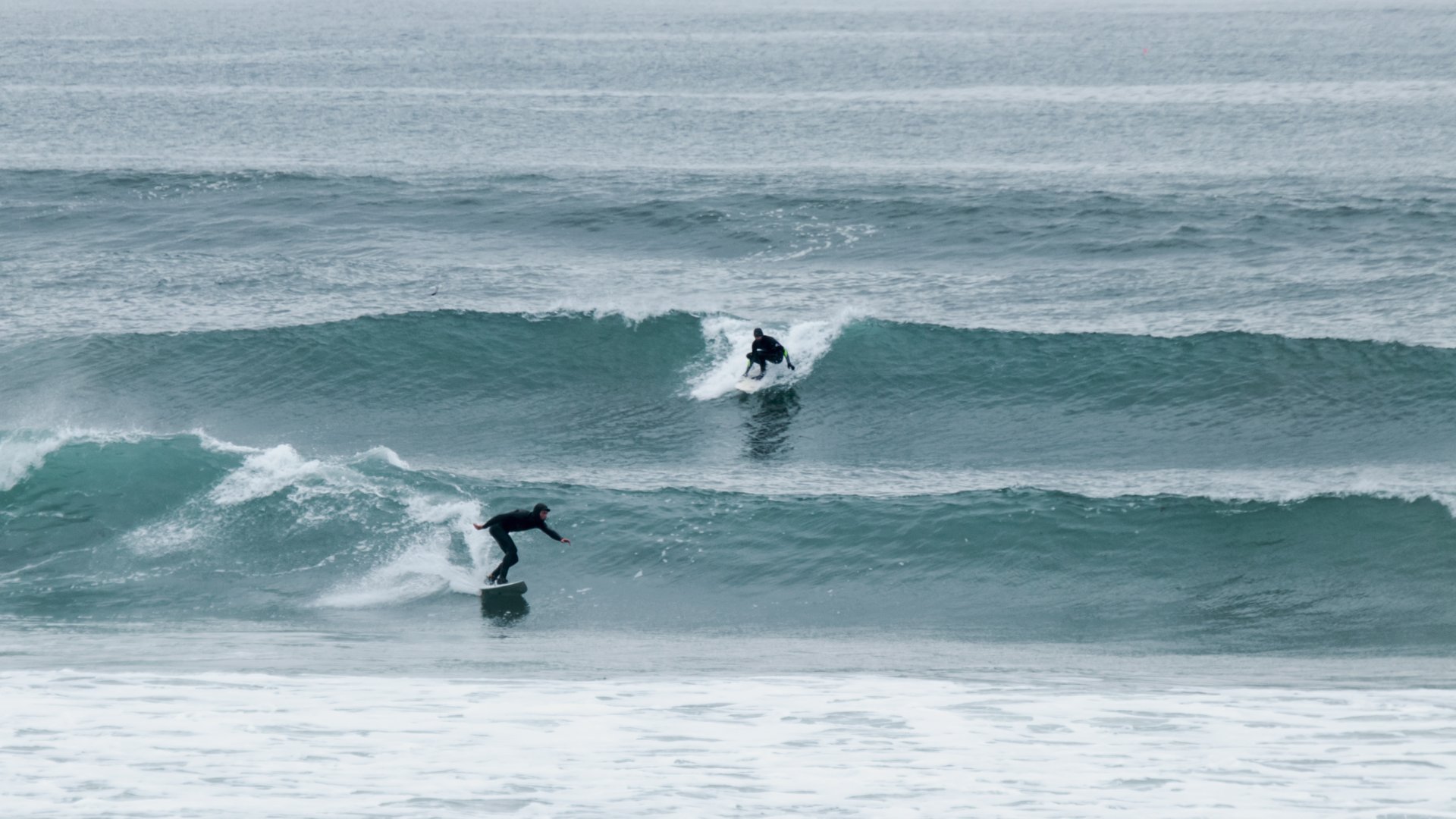 The Long Strand - A Surfer's Paradise

Looking out over the Galley Head lighthouse and known for the most powerful waves in West Cork is the aptly named Long Strand.
A mile and a half of sand bounded by dunes and it is the perfect setting for a surfers paradise.
The Long Strand is a fickle beach break that comes alive when the wind is offshore. It’s ideal swell direction is from the south and southwest.
As it is exposed, it has fairly consistent surf most times of the year.
The acclaimed rustic and unique ‘Fish Basket’ restaurant is not to be missed. It serves locally sourced fresh fish and chips.

Less than a 30 minute drive, visit the popular seaside village of Courtmacsherry where whale and dolphin watching tours are available.
Observe many species, fin whales, humpback whales, basking sharks, harbour porpoise, minke whales common dolphins and other marine wildlife admits stunning scenery.
The qualified skippers are licensed by the Dept of Marine and their boats are maintained to a high standard with toilet facilities on board. Drop by ‘The Golden Pheasant’ café for mouth-watering savoury and sweet bakes.

Michael Collins aka 'the big fella'

Michael Collins was an Irish Revolutionary soldier, politician and a leading figure in the early 20th century Irish struggle for Independence.
Visit his birthplace in Woodfield, Sam’s Cross near Clonakilty.
In 1921, Collins was involved in negotiating peace terms in London, having been sent by Eamonn deValera. The resulting Anglo-Irish Treaty established The Irish Free State. A provisional government was formed under Collins’ chairmanship in 1922 but was soon disrupted by the Irish Civil war. Collins was shot and killed in an ambush at Béal na Bláth by anti-treaty forces on 22nd August 1922.
Michael Collins House museum is situated in a georgian house, where he once lived in Emmet Square, Clonakilty. It is a museum dedicated to him and the history of Irish Independence. Here you will be guided through his life via interactive displays, audio visuals and historical artefacts.

This is located 2 miles from our campsite and lies adjacent to Dunmore House Hotel. Enjoy breath taking views of the Wild Atlantic Way as you test your level in this 9 hole challenging parkland couse. The hotel provides meals and club/caddy car hire in the off season when the clubhouse is closed. 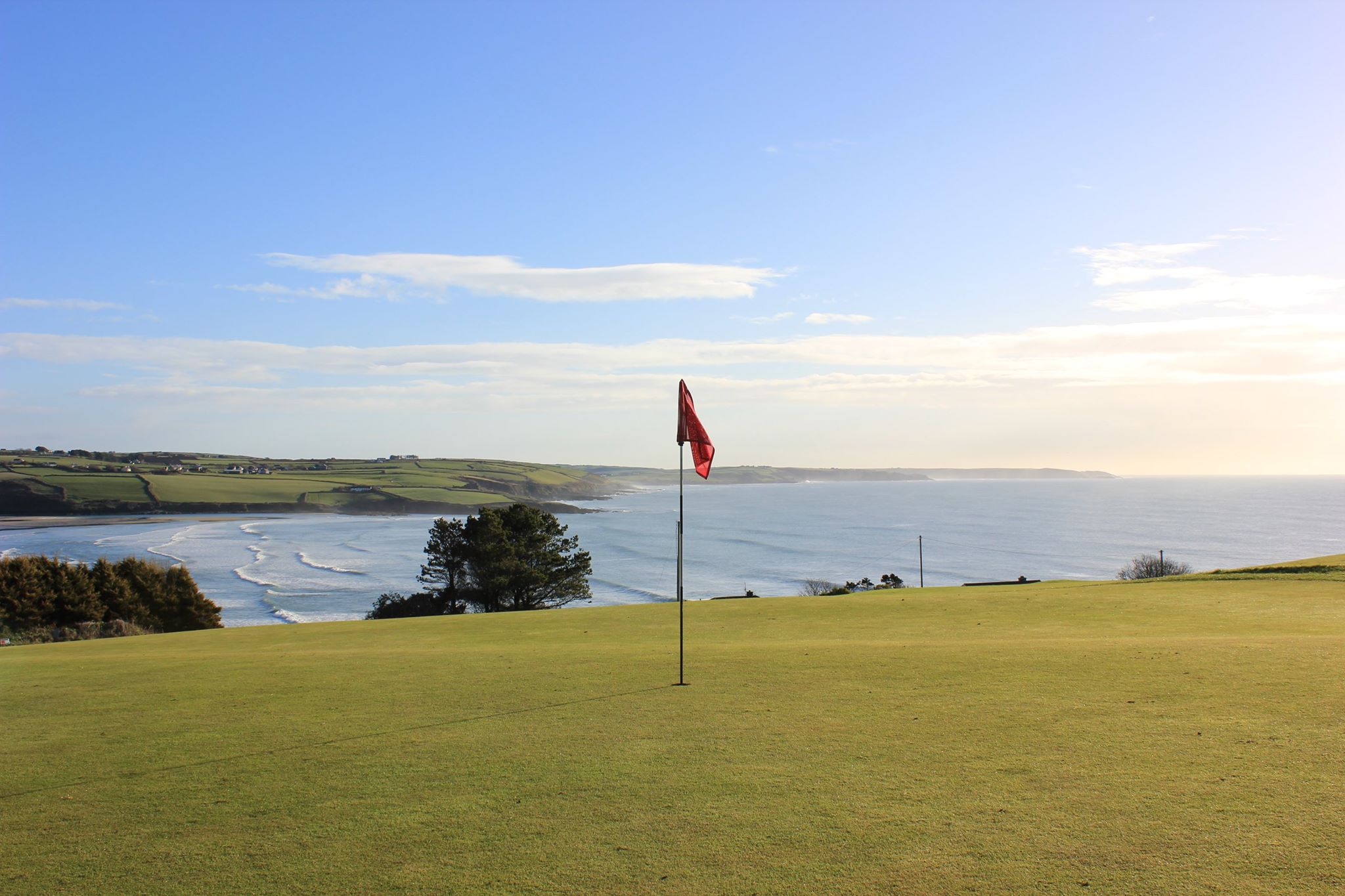 Continue your journey of stepping back in time to life in the 1940’s and explore the unique miniature West Cork Model Railway Village.
The Village has fully scaled handmade models of the old West Cork Railway line with working trains where Children will enjoy watching each of the 8 trains as they travel around the miniature village. The models were handmade locally at the Model Village to a scale of 1:24.
An indoor and outdoor play area is available for children. Visit the village café and craft shop. The craft shop is aptly housed in an authentic train carriage. Last but not least, we recommend that you take a tour of Clonakilty in their choo choo road train.

Having spent a day in our great outdoors, indulge in some of West Cork’s popular restaurants, ice cream parlours, village cafés and enjoy ‘craic agus ceol‘ in its popular hot spots better known as ‘The Local’ pub.

Mountain House Steak and Seafood bar is within walking distance of our campsite and serves the best of local food.

Castlefreke Walks is a beautiful woodland walk close to the award winning Rathbarry village. Castlefreke wood lies adjacent to Castlefreke Castle while Rathbarry church and graveyard are nearby. There are 4 waymarked trails and 7kms of forest roads to explore. These trails and walks are well suited to a family, an ecologist or those of you interested in history and times gone by.

Lord Carbery Cross trail is named after Lord Carbery who's family own Castlefreke Castle. This is a 40 minute walk which takes you up 30ft to Ireland's largest memorial cross in Ireland. Explore the magnificent views of the ocean and the surrounding countryside as you reach the summit of the hill of Croghna.

This is a 25 minute walk which begins at the castle's old estate walls and brings you along by a steam on one side and beautiful Sitka spruce on the far side. There are young oak trees for you to admire on the way. This is a nice easy walk and can be enjoyed by all the family. There are benches for you to take a break along the way.

A 30 minute walk which begins at the forest entrance opposite the Lodge and turns through the forest property down to Kilkeran lake and Castlefreke sand dunes. Along this trail you will see a stream running adjacent to you which consists of a marsh which is a haven for ecological diversity. This walk is noted for its wildflower displays.

Close Menu
We use cookies to ensure that we give you the best experience on our website. OK